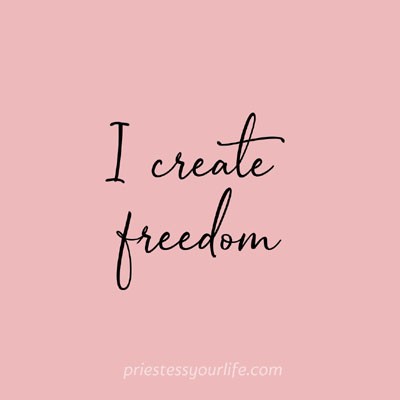 If you’d prefer to listen to today’s astro insight, you can catch it here (and I’d love to hear your feedback!):

Today of all days (on International Women’s Day) we’re not waiting for someone else to hand us the world we want on a platter.  Ain’t never going to happen, that’s not how change works.

Instead, we wrest it out of our own lived experience.  We make choices that are different from the status-quo.  We keep believing and showing up.  We are inspired by others and nourished by solidarity.  We allow our pain to fuel our forward motion, and ward off burnout by laughing.  Deep abiding joy is the path we follow.

And in a total mirror to joy, deeply conditioned shame is the path we follow, too.  Shame leads us home to ourselves, a constant invitation into world-changing self-acceptance.  Dissolving our shame is an integral part of creating our freedom.

In welcoming all the parts of ourselves back home, we create freedom not only for ourselves but also for others.

The astronomical centaur Chiron, operating out between Saturn and Uranus, shifted into the fire sign of Aries on the 18th of February, after a long sojourn through the netherworld of Pisces.

Today the Moon has just swung past Chiron in his new digs at 1° Aries, lighting up the conversation between our emotional/childhood selves (Moon) and our healing gifts (Chiron).

Chiron teaches us about our separation-addiction, our sacred wound, our childhood imprint, our shadow, our patterning around being alone.

Chiron invites us to shed the protective habits and behaviours we have formed around our vulnerabilities, because they restrict not only experiences of perceived brokenness, but expressions of our wild wholeness as well.

So, in trying to keep ourselves safe, we limit our capacity for wholeness.

And wild wholeness is the ecstatic, joyful living for which so many of us crave!

The medicine of Chiron is not to change external circumstances that we perceive are the cause of our pain, but to transform our inner response to our pain and vulnerability to one that is courageously open and heart-felt.

As we dive more and more fully into our embodied experience as women – honouring our womb journeys and rites of passage, working to break the menstrual taboo, investing in our children because we know the ripple of that is huge, valuing old age and the ‘body of knowledge’ we build up over years of living, delighting in our sexuality and refusing to sell out on our pleasure and joy… we change the world!

What was once perceived as ‘weak’ and ‘worthless’ – women’s embodied experience – is ever so slowly being sung up as valuable, and women, other minority groups, indigenous peoples and the Earth –  traditionally viewed as suspect and inferior – to the point of non-existent – are the new Teachers.

“The earliest Women’s Day observance, called “National Woman’s Day,” was held on February 28, 1909 in New York, organized by the Socialist Party of America at the suggestion of Theresa Malkiel.”
en.wikipedia.org/wiki/International_Women%27s_Day

Women’s Day was celebrated largely within socialist spheres and communist countries until it was adopted in 1975 by the United Nations.

Malkiel, a socialist and activist, spent her life campaigning for the rights of women, via involvement in various political groups, engaging in tours of the Southern states where she spoke out against racial segregation, and tours across the country campaigning for women’s suffrage.  She “spent the last two decades of her life promoting education for immigrant women and assisting them with naturalisation.”
en.wikipedia.org/wiki/Theresa_Malkiel

Quotes from Theresa:
“Was woman ever given the chance to display fully the strength of her intellectual ability?  How could anybody, in view of woman’s long subjection, judge her ability or the standard of her intellect?  If our scientists would follow closely the history of women and then note how today, though unprepared, she enters the different spheres of science, literature, music and art, where she holds fully her own with man, they might come to the conclusion that woman belongs rather to the higher plane of animal life…  With all due respect to our wise men, I think that even they would come to recognise our equality – if we only had the power to enforce it.”

“The prehistoric system, the feminine system of production, was co-operative.  It was an expression of woman’s ‘perception of relations.’  It was necessary to subjugate woman – to put her perception of relations literally out of business, before the competitive system, the profit system, the system of exclusive ownership of the necessaries of life could be established.  No wonder the capitalists have cold fits about ‘feminism.’  It is organically opposed to their wild Utopian scheme of the private and exclusive ownership of the necessaries of life.”

“It is a cheerful capitalist custom to ‘view with alarm’ the remotest suggestion of feminism, and to get gay over the special attributes of the feminine mind.  But the time for that sort of thing is nearly past.  The masculine psychology, unbridled and unhindered, has about tried itself out.  And though it has many achievements to its credit, its record does not justify any lofty or disdainful attitude toward woman.  On the contrary that record shows cause why man should, with patience and humility undertake the task of freeing woman, not for the sake of her deliverance; but for delivering the race from the penalties of his folly.”

All quotes from the article ‘Where Do We Stand on the Women Question?’ published in 1909.
archive.org/stream/InternationalSocialistReview1900Vol10/ISR-Volume10#page/n169/mode/2up

And even more accurately:

Music on audio recording: Convergence, by Pictures of the Floating World